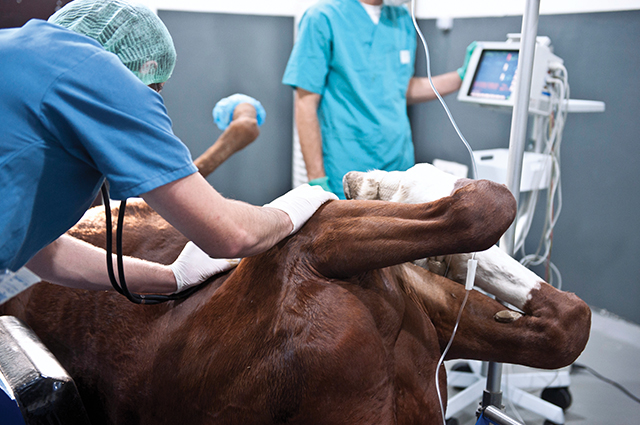 Defined as acute abdominal pain, colic is the leading cause of death in horses when you exclude old age. Predicting whether a horse will make it through a bout with colic can vary widely as there are many possible causes and factors to consider.

Veterinarians, owners, and trainers are inherently biased to some degree when it comes to making these predictions. Major medical and surgical treatment can be costly and emotionally draining for owners, while vets may interpret a horse’s comfort level differently.

Researchers dove into the medical records of 658 horses admitted to Iowa State University’s Lloyd Veterinary Medical Center for signs of colic between the years 2014 - 2019. They narrowed down this population to 67 horses based on specific requirements from their medical records. The researchers then compared 28 health variables between survivors and non-survivors to help them create a logistic regression model for survival. They ultimately chose six health variables to use in creating a colic assessment score based on their association with survival:

A total colic assessment score ranged from 0 to 12. Each variable could contribute 0 to 2 points and the highest score represented the lowest probability of survival from colic. Their results had rates of 86% sensitivity and 64% specificity, with a positive predictive value of 88% and a negative predictive value of 57%. This means the scoring system correctly identified 86% of horses that survived colic, but only correctly identified 64% of horses that did not survive. The negative predictive value of 57% took the total number of horses scored as non-survivors and compared that to the actual number that did not survive. This helps predict how likely it is for a horse to survive colic after receiving a fatal score.

Horses that scored equal to or less than 7 were predicted to survive, as those scoring greater than 7 had a grim prediction of not surviving colic. To conclude the study, they compared the assessment score to the horses’ actual outcomes, of which the sensitivity, specificity, positive and negative predictive values of the colic assessment score were 84, 62, 88, and 52%, respectively. 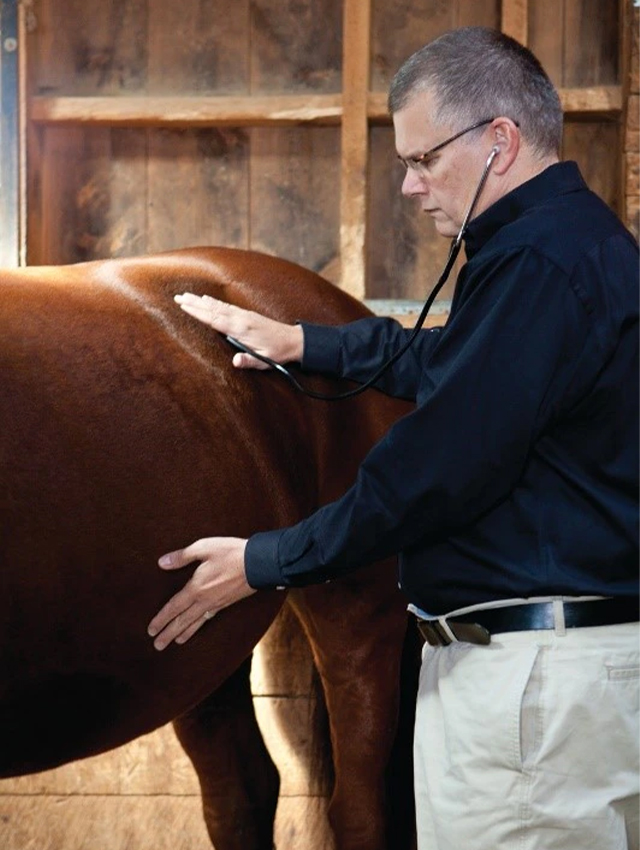 There are many other equine scoring systems used today by researchers, vets, dentists, nutritionists, and owners. Most grading scales have a common goal of indicating the severity of a disease or condition as accurately as possible while removing as much subjectivity and bias from the decision-making process.

One of the most commonly used scoring systems is the Henneke Body Condition Score (BCS), which is used to assess a horse’s body condition on a numeric scale and can be a good indicator of overall health. The BCS has been widely adopted because it allows horse owners and equine health professionals to talk on the same level with standardized grading. They can avoid subjective descriptions such as saying a horse is “ribby” or “chubby.”

The researchers in this study specified that the ability of the colic survival scoring system to predict mortality should be evaluated relative to other scoring systems of a similar nature. They referenced a colic severity score (2) reported in 1995, and the Equine Acute Abdominal Pain Scales (3) reported in 2013. Some variables that were not included in the development of the scoring system – due to lack of data – were pain scores, abdominal auscultation (gut sounds), and duration of colic signs.

The researchers clarified that this scoring system is applicable for clinicians in a hospital setting, with a clinical caseload of horses exhibiting signs of colic and using data available in most equine practices. The authors stated, “Further evaluation and validation of this scoring system in a larger population of horses from multiple hospitals with the inclusion of ambulatory practice will strengthen its use in clinical practice.”

So, if your horse is colicking and must be admitted to an equine hospital, you may hear this score come up. Additional testing across equine practices, time, and general interest will make the difference as to whether the scoring system becomes a standard of practice in colic workups.