What It Is & Who It’s For: Selenium is a trace mineral that plays critical roles in the horse’s antioxidant defense system, immune response, and thyroid function. Selenium deficiency has been reported in 46 states as low levels in the soil can lead to low levels in grass and hay. Deficiency in horses is best described as a “nutritional myopathy” meaning: muscle disorder caused by the diet.

Source and Bioavailability: The best source of selenium for horses is controversial, as some studies (but not all) show selenium-enriched yeast is better absorbed than either sodium selenite or selenate, which have equal bioavailabilities.

Serving Size: According to the NRC Nutrient Requirements of Horses, 1 mg/day total for an 1100 pound horse is required to prevent selenium deficiency in the adult horse in no work, light exercise, or used as a breeding stallion. Horses in moderate, heavy, or very heavy exercise and lactating mares require slightly more, 1.25 mg/day. However, one study found higher levels of antibodies in foals when the mares received 3 mg/day during pregnancy.

Complementary Ingredients: Selenium partners with vitamin E to protect the horse’s body from the damaging effects of free radicals. To some extent, each can compensate for a deficiency in the other. That is, selenium can step in and partially correct things when dietary vitamin E levels are low, such as when pasture is not available. Likewise, vitamin E has a limited ability to temporarily offset a deficiency in selenium when the horse’s diet does not contain enough.

Toxicity/Side Effects: The NRC estimates the maximum tolerable concentration of selenium for horses at 50 mg/day. However, it was felt that 20mg/day was a more reasonable upper safe limit and even discourages feeding more than 5mg/day. Selenium toxicity –  evidenced by hair loss and hoof abnormalities – can be caused by an acute overdose of injectable selenium or chronic overfeeding of selenium by not taking into account all sources: hay, pasture, grain, supplements, water. 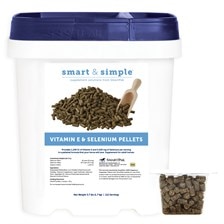 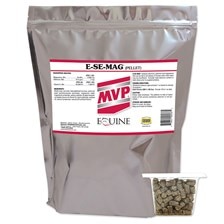 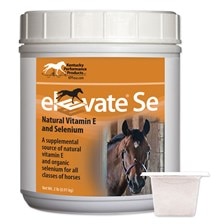 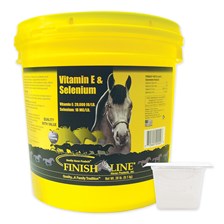 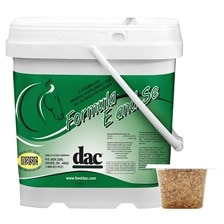 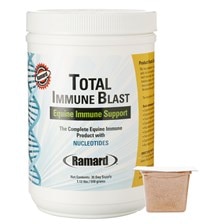 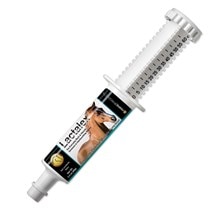 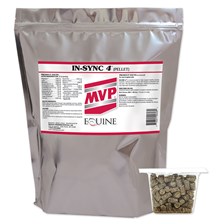