The Essential Fergus the Horse 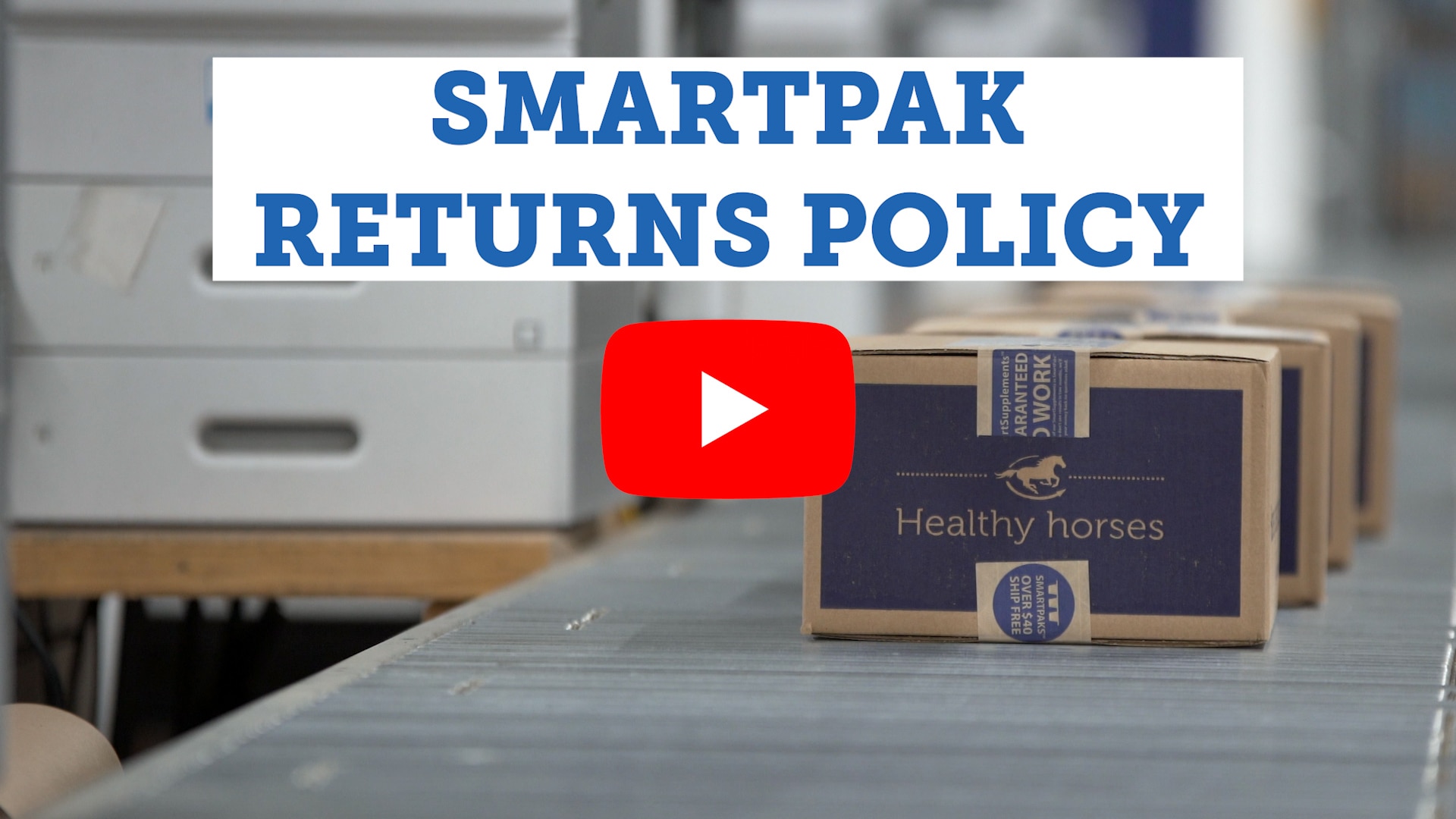 As riders and online shoppers, we know it can be tough to buy a new bridle or pair of boots without trying them on. That's why we moved the fitting room to your living room (or barn)! From breeches to blankets, if you or your horse can try it on, you can return it, free! Just request a return with a FREE SmartPak return label from your Order History within 60 days of the purchase date. And of course, please make sure the item is in like-new condition with original packaging (we said 'fitting room', not 'war room'!).

*At least one individual AutoShip supplement or horse's SmartPaks must be over $40. Some exclusions apply. Visit SmartPak.com/SmartPerks or call 1-800-461-8898 for details.

Why We Love This

In the late 1990s, a little bay horse with four white socks and a blaze was born. Dubbed “Fergus,” he has now traveled the world many times over by print, web, and satellite, inspired a line of merchandise featuring his visage, and gained a fervently devoted following in the hundreds-of-thousands on Facebook and through other social media outlets. Who is this horse and how can we explain his magnetism? What breed does he represent and at which sport does he excel? What makes him so special?

Fergus the Horse (Equus hilarious) is the creation of artist Jean Abernethy, and the truth is, he is not meant to represent a particular breed, nor does he pursue one specific equestrian discipline. Perhaps it is this generic quality of “every man or woman’s horse” that has led to his immense popularity. “When fans write, ‘Fergus reminds me of my horse,’ I cannot be paid a higher compliment,” says Abernethy. But while his familiarity may woo us, it is most likely his expressiveness, honesty, charm, and of course that keen sense of humor that wins our hearts.

Now, in recognition of Fergus’ growing fan club, Abernethy has brought together the backstory of Fergus the Horse—how he came to be, his early years, the history of his “friends” and support characters—and combined them with his “greatest hits,” including the most-loved comic strips and cartoon moments, some rarely seen sketches, and brand new additions created exclusively for this book. The result is a lively, colorful, highly illustrated treasury that will entertain anyone with an eye for a horse and a need for a laugh.

Brain Training for Riders
Did you know there is an area of ...
Quickview

Brain Training for Riders
Description:
Did you know there is an area of your brain known as the "Lizard Brain" that thinks only about the immediate moment and your means of survival? Yes, in certain circumstances, your "Rational Brain" can effectively "shut down" and you ...
View Product
[ x ] close

Equine Lameness for the Layman
Lameness is the most common cause of poor ...
Quickview

Equine Lameness for the Layman
Description:
Lameness is the most common cause of poor performance in the horse. This makes management of his soundness over the long–term integral to both his general well–being and his ability to participate in recreational and competitive activities. Unfortunately, most equine ...
View Product
[ x ] close

Fergus: A Horse to Be Reckoned With
Fergus is back! Following up the bestselling 2015 ...
Quickview

Fergus: A Horse to Be Reckoned With
Description:
Fergus is back! Following up the bestselling 2015 release of The Essential Fergus, this new book explores natural horsemanship training techniques via a comical conversation between Fergus and ‘The Lad’ – a young boy who is determined to ride him. ...
View Product
[ x ] close

Fergus and the Night Before Christmas
Fasten your seat belt! Fergus, the world's most ...
Quickview

Fit & Focused in 52
Coach Daniel Stewart has made a name for ...
Quickview

Fit & Focused in 52
Description:
Coach Daniel Stewart has made a name for himself over the past 25 years, enthusiastically training riders of all levels throughout the world, as well as coaching top athletes on several US Equestrian Teams at World Championships, World Equestrian Games, ...
View Product
[ x ] close

Horse Speak
HORSE SPEAK is not a training method or ...
Quickview

Horse Speak
Description:
HORSE SPEAK is not a training method or a technique to make you ride better. It is a practical system for "listening" and " talking" to horses in their language instead of expecting them to comprehend ours. Horse Speak can ...
View Product
[ x ] close