A horse with hiccups may seem cute or funny, but if the actual medical condition known as Synchronous Diaphragmatic Flutter (SDF) or “thumps” is occurring, then it may be a more serious situation requiring prompt veterinary diagnosis and treatment.

Can a Horse get Hiccups?

It seems that some horses get hiccups just like humans – a sudden, involuntary contraction of the diaphragm muscle at the same time as a contraction of the throat producing the characteristic grunt. However, the term “hiccups” in horses is more often used to describe a slightly different medical condition called “Thumps” or Synchronous Diaphragmatic Flutter (SDF).

“Thumps” first got its name from the repetitive thumping noise that was heard coming from the abdomen of a horse after a 13-mile race back in the mid-1800s.  In less severe cases, the contraction of the horse’s diaphragm may only be felt or seen as rhythmic twitches or spasms in the abdominal/flank area and not heard. If possible, an episode of thumps should be videotaped as the condition may not last long enough for the veterinarian to observe first-hand.

What Causes Hiccups (Thumps) in Horses?

While hiccups in humans appears to be triggered by any number of things, true Equine Thumps or SDF is due to a low level of calcium in the bloodstream causing the nerve that controls the diaphragm to become “excitable.” When this “excitable” nerve passes alongside the heart on its way from the neck to the diaphragm, it can synchronize with the heart beat instead of passing along signals from the brain like it’s supposed to. Then every time the heart beats, the diaphragm contracts or flutters leading to Synchronous Diaphragmatic Flutter.

The circled area shows where contractions of the diaphram may be seen, felt, or heard

Several situations can lead to low blood levels of calcium or hypocalcemia. One of the most common is prolonged strenuous activity, especially when it takes place during high heat and humidity. Endurance racing is one of the most common causes of thumps, as excess sweating over time can result in electrolyte imbalance (especially calcium), dehydration, and acid-base or pH disturbances. Other causes of hypocalcemia include certain endocrine and kidney conditions, digestive disorders, and blister beetle toxicity. 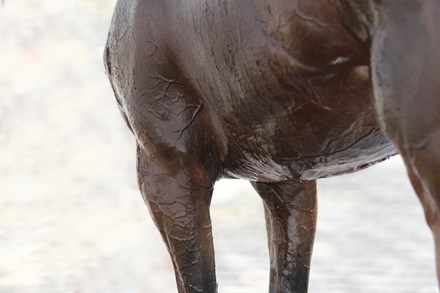 A mild case of thumps often goes away on its own after rest, rehydration, and replenishment of electrolytes. More severe cases – or situations where the horse is exhausted and dehydrated – need immediate veterinary intervention. With substantial fluid and electrolyte loss, a veterinarian may need to quickly administer a balanced electrolyte solution through a stomach tube or even intravenous (IV) catheter. Blood work may be needed to measure hydration status as well as electrolyte and pH balance and determine the underlying cause of thumps. 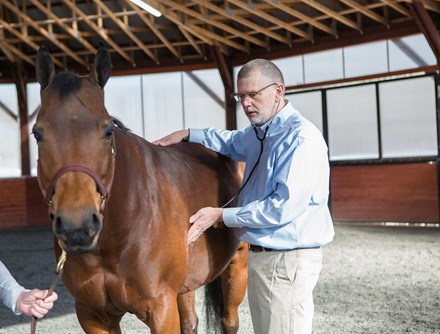 It may be possible to avoid thumps through a proper diet, sensible conditioning, attention to heat and humidity, and electrolyte supplementation during lengthy bouts of exercise. A veterinarian or equine nutritionist should be consulted on the ideal feeding program for a horse engaged in endurance riding, racing, eventing, or similar discipline so that the horse’s body is prepared for the effort. A thoughtful fitness program should also be developed, as well as a plan to replace electrolytes as they are lost in sweat, including salt to stimulate the normal thirst response. 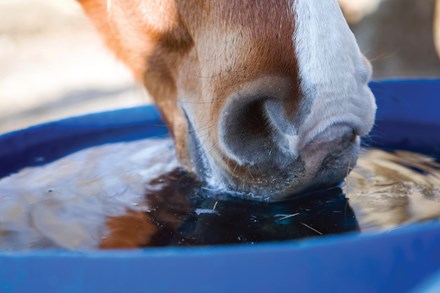 There are more differences than similarities between hiccups in humans and hiccups in horses (thumps). Because thumps in horses is due to low blood levels of calcium, it is important to work with a veterinarian to identify the underlying reason for hypocalcemia and correct or avoid it.